I'm in Houston, working on restaurant/bar and sound system supplies and returning to Marfa late Monday. No walk with John Lomax scheduled this time, as his and my schedules were too full, but hopefully next time (could be April).
I was playing some bass guitar at the Big Top Lounge Wednesday night and remembered that the Continental Club's employee Christmas pasrty was there this past Dec and I have some pics. For any Marfans out there, I am pleased and proud to still hold shares of both of these clubs. I lived upstairs for 7 years in two different apartments and watched the neighborhood change for the better. he completion of the Light rail line (which I rode downtown today) was a major high point then and now for what has become a relatively safe and cool neighborhood. When I moved there in 2000 it did not even qualify as a "neighborhood" but only as a "hood"- a virtual Chernobyl of crackheads and abandoned buildings. What a great turnaround! 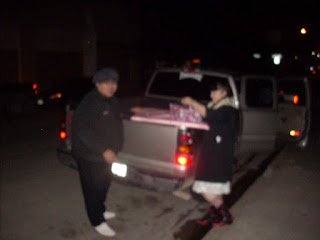 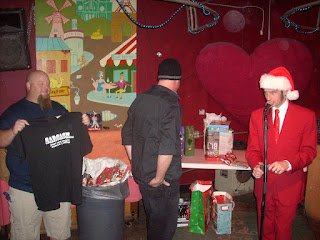 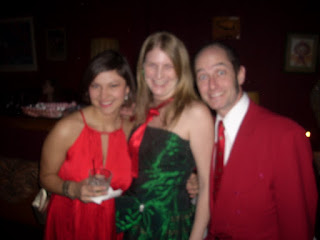 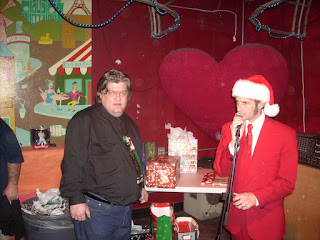 The master of ceremonies is non other than Pete Gray, manager, general partner and bigg boss man of the Houston Continental and Big Top. Sorry the pics are out of focus, but my camera is not working so well in the dark.

I scored an awesome AIRSTREAM BIRDHOUSE at the White Elephant gift exchange- the first year I actually got my dream prize (usually I don't try- this time I had to have it!) - DB
Posted by David Beebe at 9:04 PM