I had a particularly good day on Tuesday December 22nd. I invited some friends to have lunch, drinks and play pool at The Houston Club, the businessman's downtown club that I am proudly still a member of.
John Eikenburg, Charlie Earthman, Eric Feighl, Allen Hill, Christy Kern and I got together and had a really nice time. We walked at length, had some gumbo and other great food, and then drank some Christmas cheer. Here's a shot of us in Allen's Landing (the bar). 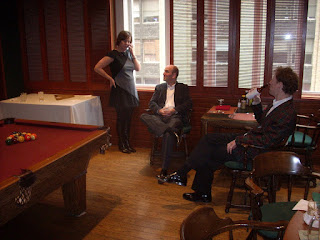 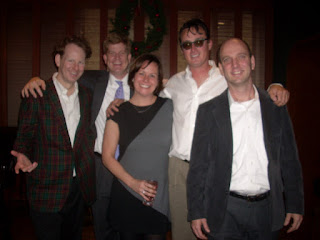 Later that night I went to The Boondocks to see Little Joe Washington play. If you search Youtube for Little Joe Washington you can see 2 videos of him taken this holiday season. One I took from this particular night. The other is in black and white and was taken of Little Joe playing with me, Allen and Jim Henkel at the Big Top the following Saturday. His video has much better sound. Here's a couple pics of LJW doing his thing. By the way, his show at Boondocks is weekly and it's free. Catch this Houston blues legend live before you die. - DB 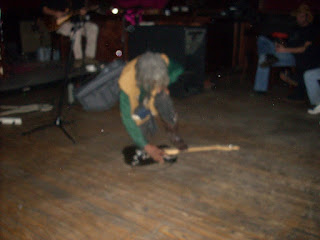 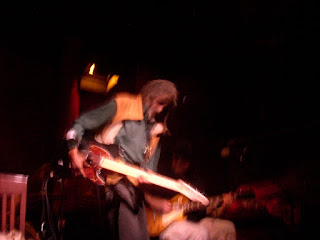 David:
http://belladela.blogspot.com/2008/08/such-night.html
I wish you had been there!