OK, I don't have a lot of time to write tonight, so this'll be part two of a three part series on my home for the 2nd half of 2007 and beyond.
The first step I took in bringing this Airstream back to life was ordering tempered glass from Bobbitt Glass Company. Airstreams usually have plexiglas, but I strongly dislike plastics as glass, sine they easily sctratch and fade to translucent yellow. Most of the plexi on this Airstream was so faded out that you couldn't see through it at all. Some had cracked, and all had been installed by a previous owner with liquid nails. Ugh.
It was a two day project readying the window frames for the new glass, which ran about $250 for the entire trailer. That was not including the front window, which I spent more than a day building out in watertight and load bearing fashion to hole my new desert swamp cooler, the best way to air condition a space out oin far west Texas and inn any desert climate.
The science behind the swamp cooler is strictly air circulation and evaporation. The housing contains a large aquarium pump and lines which lead water to the tops of three large filters (made of straw and moss) along the exterior perforations in the steel. Water is saturating the filters and a high powered squirrel fan draws air through the unit into your space. It's a fresh air only situation, so it works best of you have some open windows. Cool, humidified air (cooled through the addition of water molecules into the air) blows in. The base of the housing has a water input with a float valve that allows water to flow in when needed and shuts the flow off when the basin is full, keeping the cooler from overflowing. This type of cooling does not work in overly humid climates, such as Houston and Louisiana, but sometimes you will see swamp coolers used, minus the water connections, as forced fresh air intakes in commercial kitchens to assist in the drawing out of air up the vent hood. Ami's restaturant in Midtown Houston has two on the Francis St side. I have looked at them and they are used for forced air for the kitchen. Out here in West Texas, swamp coolers are the norm and according to figures off of a swamp cooler manufacturer's website (Iforget which one- they are in Ark and AZ) a swamp cooler operating with 40% humidity can drop the temp in a room nearly 30 degrees. I've experienced that out in the Mojave Desert. That's why I leave the thing off at night and crack the windows. Besides, it's in the upper 50's here at night during the summer. 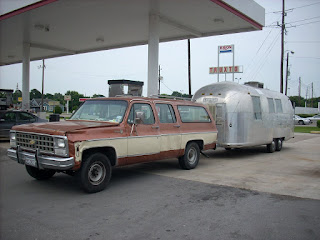 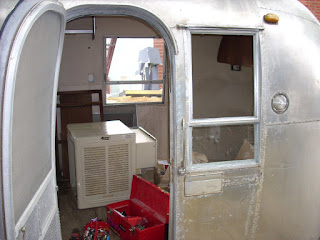 I should say the memories I miss most about Davey:
1) How he use to get up and run around the band and rehearse other songs while they were playing live and they'd look real mad and he wouldn't stop- I always thought Gene Simmons and his fire thing has got nothing on this cat- I use to just wait for him to get punched as he snapped to the beat singing some totally different song he wanted the musician to learn at that moment while he was playing live and a totally different song. Davey is the man.
2) I miss when you could go in the club and get steak and bake potato while playing Bingo and eat that Popcorn that was like Ten steaks and it didn't cost you $90 like at Pappa's steakhouse but only $10.50 (with RC) and Carrie got you the steak and also you could have a moon pie for dessert with 3 flavors to choose from and play bingo and eat soul food at no extra charge. God H-Town is so going downhill. I finally wanted to see Grady on Sundays for the first time and it was closed, and Astroworld was shut down- man, that was the Alpine and those electric cars and the Anti-Gravity and Marvel Mc.Fey and everything good and now all the good times is gone.
3) Man I remember back in the day when Charlie played those kick ass solos and Davey tapped danced for us and then gave us lessons at the meet and greet at the Big Time Mercantile- I miss that.
4) I remember when I got to vote for the Barry Manilow contest except I was so let down that "I Write The Song" beat out "Copacabana". No one has good taste anymore.
5) I miss the wild parties with that Japanese rock band. I forget their name but they like went to the Wataburger and picked up the chicks and kicked ass with them upstairs and I remember Pete was real pissed and kicked us all out but it sure was fun. I didn't drink like them doing the Sake and RC shots but man I sure drank a lot of RC- it made me sick- Ouida goes it's no wonder if you drink that junk. Ouida is such a hippy she probably only does grass shots and pot.

I've turned many of my friends on to Doug's music and showed them some videos of you with the El Orbits. We all agree that you sing with the same gusto and authentic rasp. We don't see too many live shows making this type of music. When will you and the El Orbits tour again?

No banter, I'm too exhausted to do that now and probably forever- I can't even write right that way. No one but no one should try to challenge Davey on banter/blog babble- he is THE KING! Also the king of songlists. But I just wanted to say man while you are showing off in your airstream and living the hippie life style and rejecting TV, you missed the 2 Coreys on A&E. You are a fool to miss it- it kicked ass!
-Donny
Say I still have a request aside from Wilson Pickett.
Can you play "Hey Drummer Man" by the Brady Bunch? I love that song!

No banter, I'm too exhausted to do that now and probably forever- I can't even write right that way. No one but no one should try to challenge Davey on banter/blog babble- he is THE KING! Also the king of songlists. But I just wanted to say man while you are showing off in your airstream and living the hippie life style and rejecting TV, you missed the 2 Coreys on A&E. You are a fool to miss it- it kicked ass!
-Donny
Say I still have a request aside from Wilson Pickett.
Can you play "Hey Drummer Man" by the Brady Bunch? I love that song!